Children of the Forest 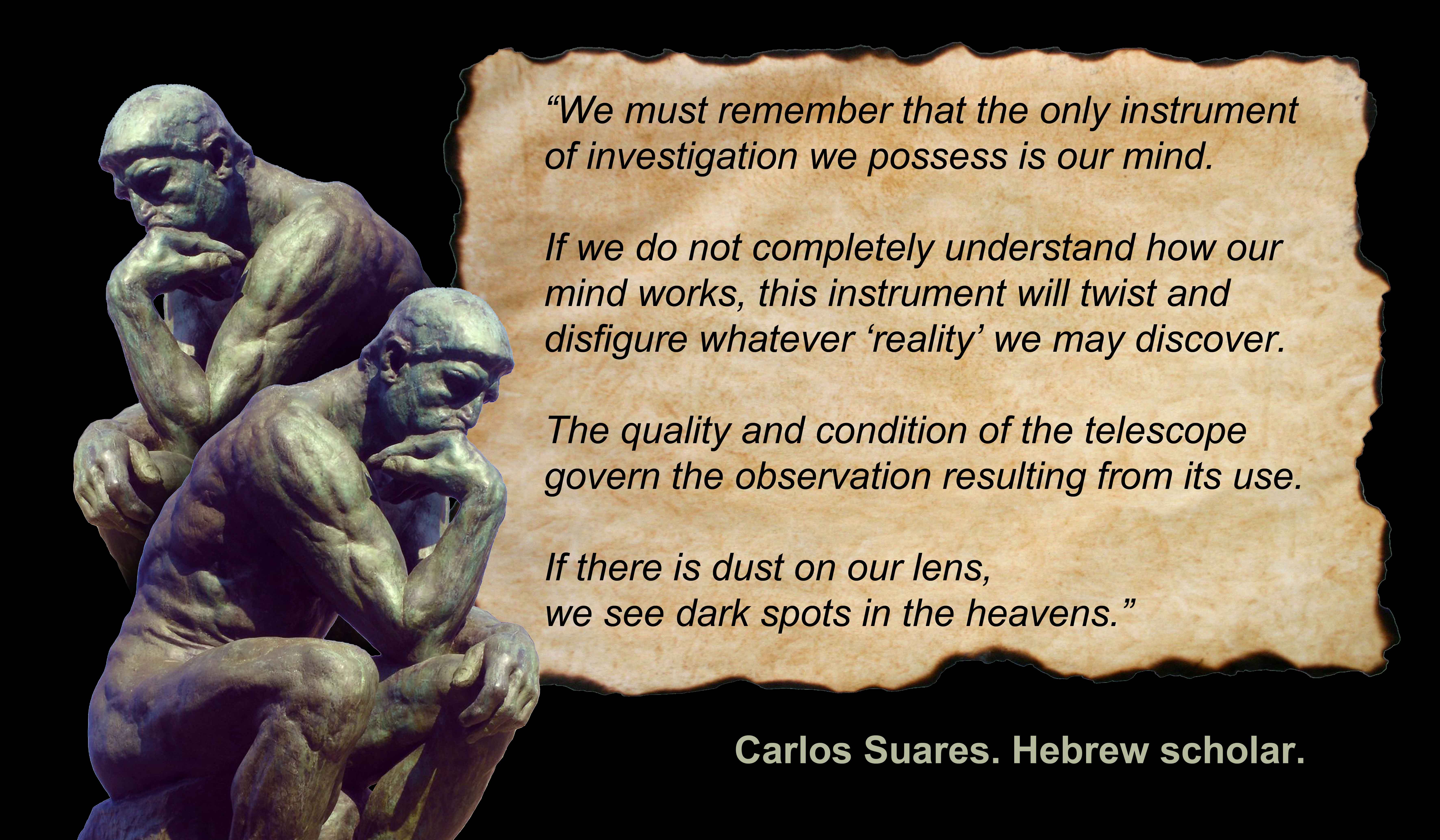 Children of the Forest is the continuation of a research project begun in the early 1990s to investigate the possibility that we are all suffering, by degrees, from a serious and progressive dementia-like condition that has left us almost unable and increasingly unwilling to recognise its nature or severity.

Once you seriously consider such a possibility it rapidly becomes apparent that the underlying cause of our collective propensity for industrial-scale self-harm and other symptoms of galloping insanity is exactly what would be expected, corrupted and extremely dysfunctional perceptual equipment.

The objective of this project is to develop a coherent and accurate diagnosis in a dementia-friendly language that is sufficiently compelling to penetrate the multiple layers of psychological defence and perceptual limitation that would be symptomatic if such a serious condition really exists.

With an accurate diagnosis comes the possibility of treatment, prevention, and perhaps even the restoration of latent advanced abilities and a sense of self our ancestors alluded to in terms of divine rapture. Of course, such an idea may appear absurd as we continue to tell ourselves how advanced we have become, in which case 'being sane' it would simply be prudent to fully consider and rule out such a possibility. 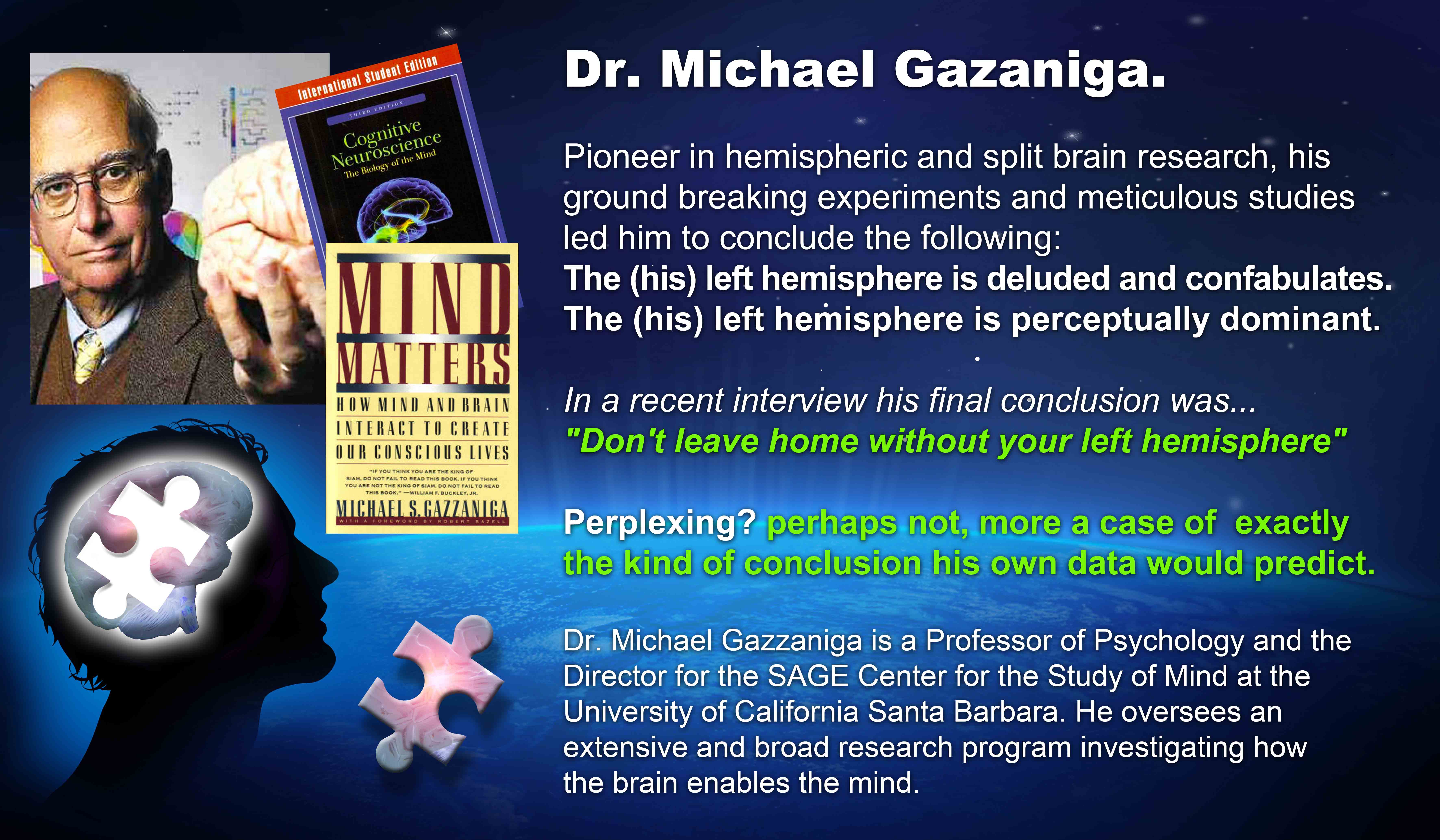 If the case for such a serious condition were tried in the Supreme Court it would be more than sufficient to provide evidence for reasonable doubt regarding our collective 'sanity' to initiate an immediate emergency response.

I set out to make the case that there was reasonable doubt.  What I found was shocking: a condition so perfectly insidious that it would be virtually impossible to intentionally engineer a disease more virulent or stealthy.

While there would have to be a mountain of evidence from every aspect of our existence to support such a radical claim, the real challenge is how to escape the serious perceptual limitations and conditioning that make recognising such evidence so difficult.

However in the tradition of debating, simply taking on board and running with such a possibility can be enough to begin seeing a pattern in the objective data and more intriguingly in our own state of mind. There are parallels between the objective data and the one time popular 3D Magic Eye images, what at first appears to be an overwhelming ocean of incoherent data can be resolved if you make the effort to adjust your perspective.  Out of the blue, a simple pattern emerges into sharp relief that was of course always there, and once you see it refuses to go away. 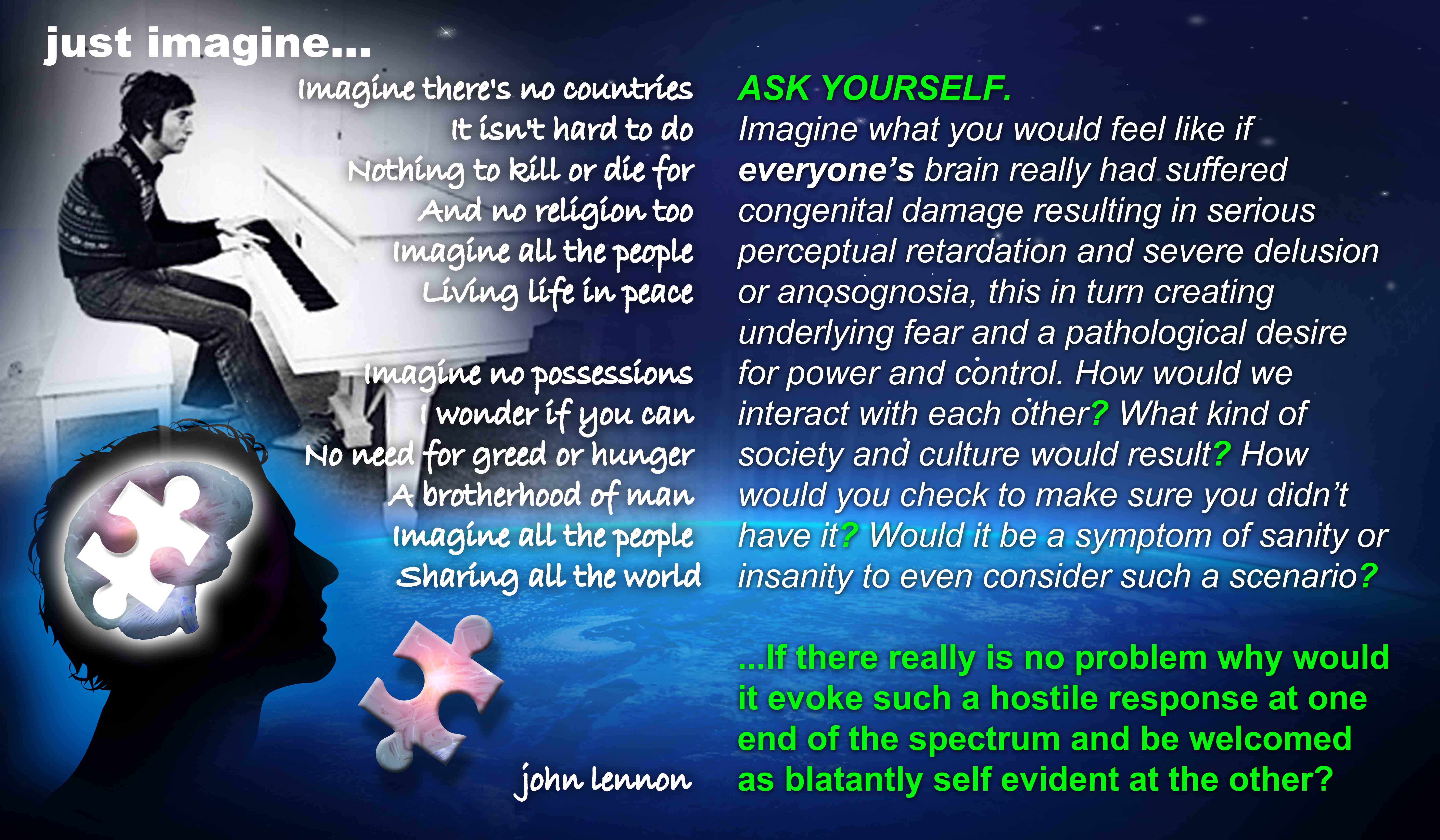 The condition is progressive, i.e. it gets worse over time, so by definition our distant ancestors knew they were afflicted and developed complex treatments and tried to warn us by preserving relevant knowledge in a range of time resilient formats.  Ultimately they failed to prevent its progression. Knowledge of the condition and 'treatments' formed the basis of what we call the spiritual traditions that eventually ossified into increasingly distorted religious beliefs as the condition worsened.

To cut to the chase, as time is not on our side if we are suffering progressive neural degeneration, this is just one of many papers that quantify the nature and degree of progressive structural failure in our neural system.

Selective atrophy of left hemisphere and frontal lobe of the brain in old men.

You don't even have to read the paper, though a quick look at the abstract or introduction will confirm that image (b) below shows massive loss of neural tissue from the most recent and advanced areas of the perceptual equipment you are using right now to assess this data.

This four-part presentation provides a simplified introduction and basic context.


Please support this project on Patreon @ 'Children of the Forest'; Restoring Our Symbiotic Brain & Mind.